Our family went for Iftar the other day at Sheik Zayed Mosque. This is probably Abu Dhabi’s most famous landmark, and deservedly so – it’s an amazing building, only opened about 18 months ago, which is the second largest mosque in the world, holding approximately 40,000 worshipers. It’s also one of the only mosques in the country which is open to non-muslims. These first two shots are from the car as we were driving up. 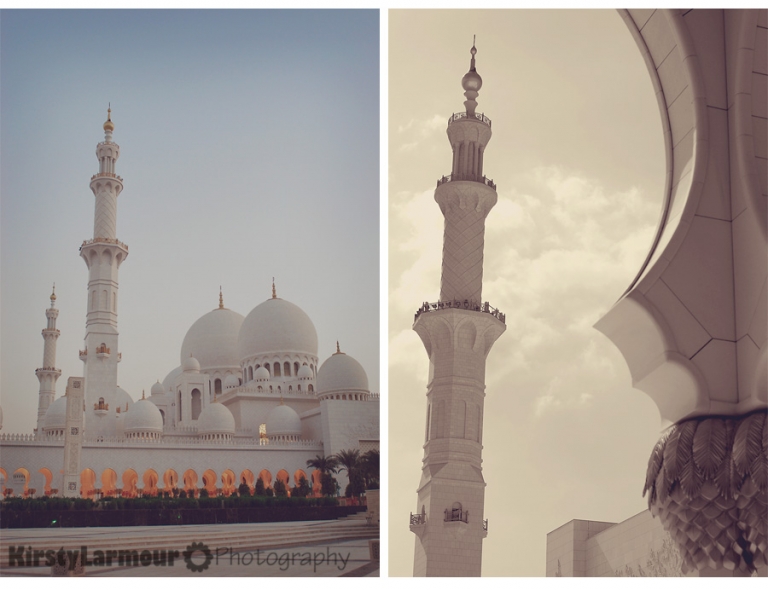 I’ve read that the mosque caters iftar for 15,000 people daily during Ramadan. I can believe it – there were bus loads of people being dropped at the gates and making their way to one of the iftar areas.

Most people had iftar inside tents (of which I think there were about 15) but the latecomers had to sit on matting laid outside – on the day we went the women and children were also outside and I actually really liked that as you got to experience that the prayer was called right as the sun dipped over the horizon – plus it was a lovely orangey sunset. We all got a box with dates, an apple, chicken and rice with salad, and then several drinks and a yoghurt.  Many of the mosques around town have tents set up providing iftar meals too. It’s a month of community, charity and giving.

Here’s Saffy breaking her fast… as foreigners here in the U.A.E. we’re not obliged to fast (and of course children don’t have to) but during Ramadan we’re not able to indulge in any of the haram, or forbidden activities which of course includes eating and drinking, smoking, kissing or intimacy with your spouse whilst in public during fasting hours. 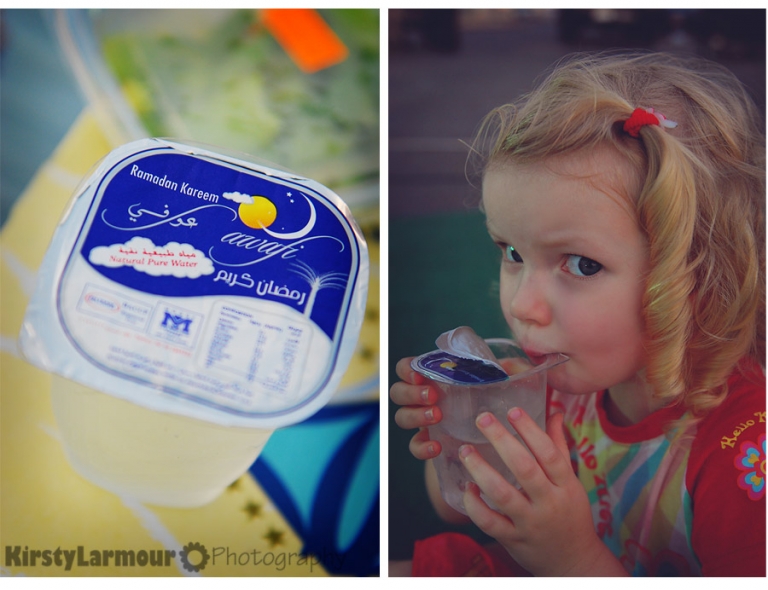 After iftar we went for a wander around the outside of the mosque.  Non muslims aren’t allowed in during prayer times, and it being Ramadan prayers stretch all night long from dusk till dawn again so these are only external pictures. 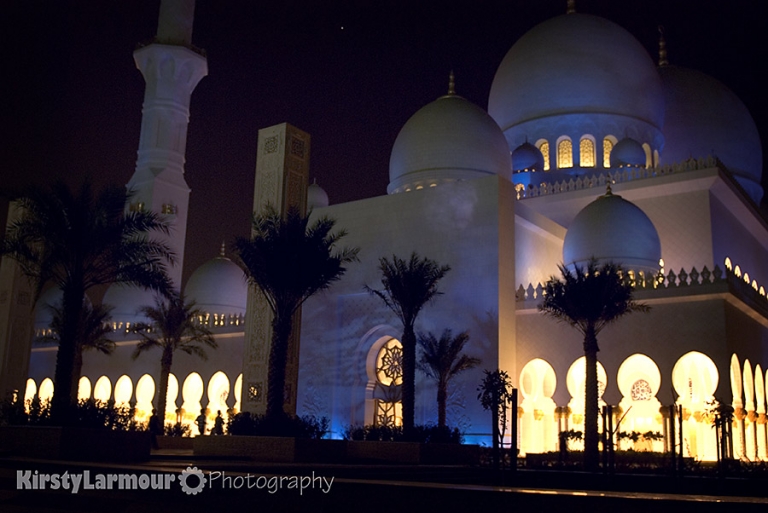 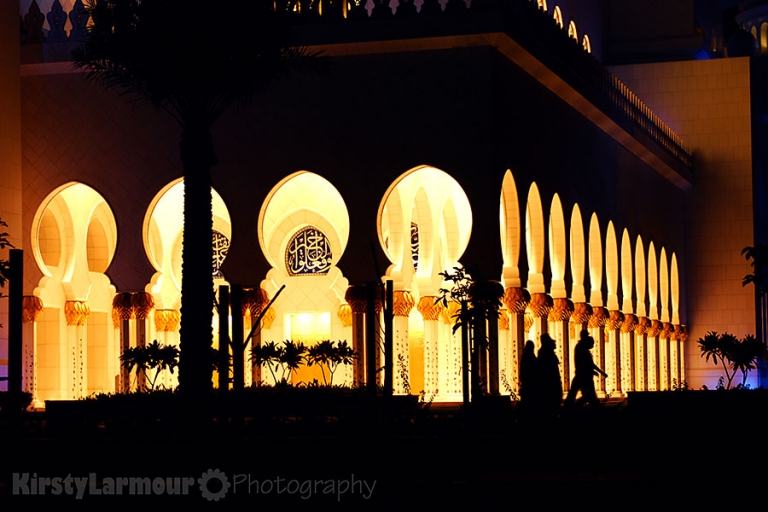 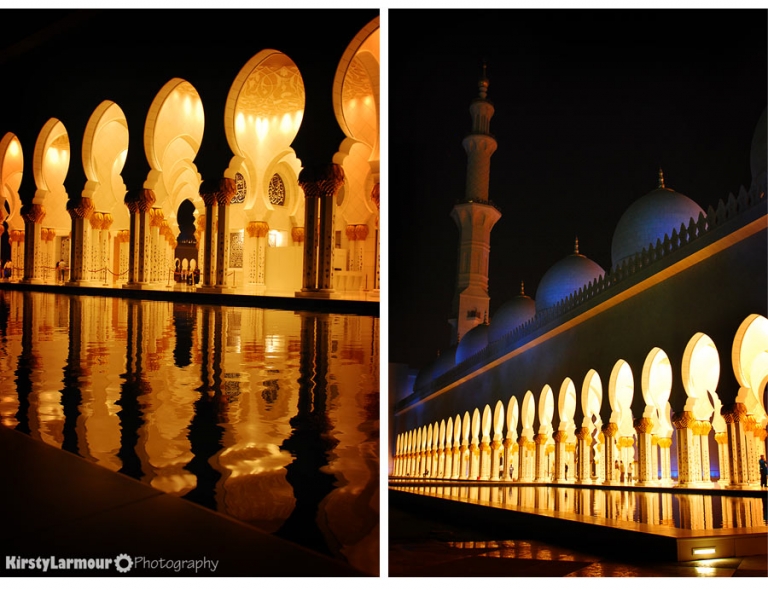 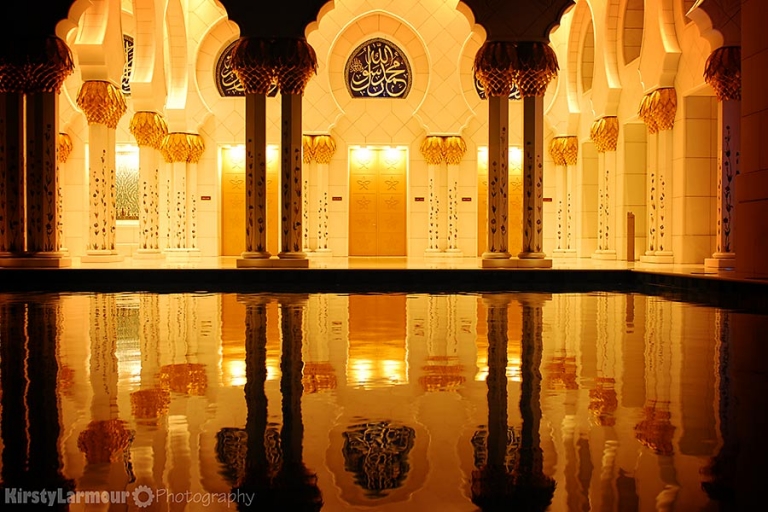 I really wished I’d brought my tripod but sometimes being a Mummy and juggling 2 kids and a camera you just can’t carry any more! (T was there with us but of course had to eat his iftar seperately). It’s just such a stunning building…. one last look…. 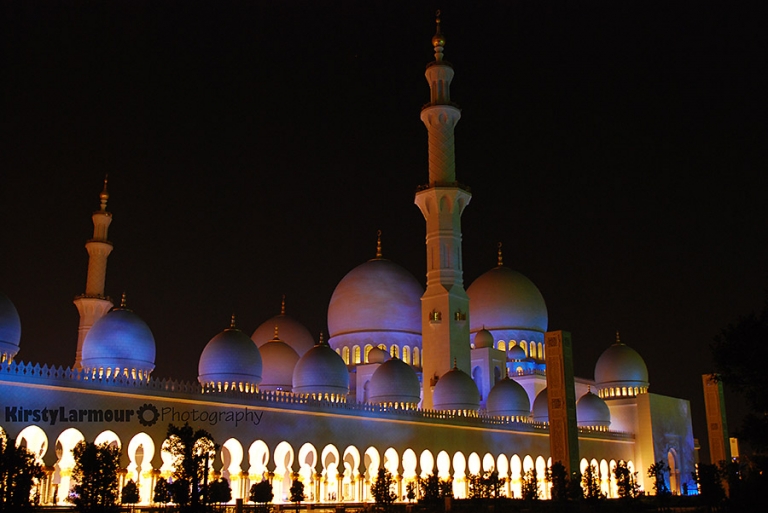 Thanks for the comments on my Ramadan pictures – I’m really enjoying my little personal project and making myself get out there and take photos of what life in Abu Dhabi is like, and iftar at the mosque was certainly an experience not to be missed.

until next time, Kirsty x

Doors strung with mango leaf and marigold torans a

So we stayed in this old colonial mansion in the m 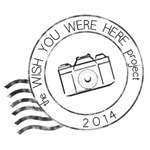 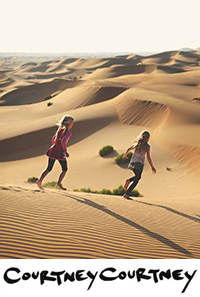