One of the things I love when I look at other photographers sites is seeing what they do when they’re “off duty” – it gives you a sense of what that person is really like.  Well we had an awesome holiday to Jordan so I’m going to post just a few of my piccies.  I don’t take my big fancy lenses and stuff when we go away – who can carry a 1.5kg lens and a back up camera when they have a 16 month old on their back??!!! That said, if you love taking photographs then you’re certainly not going to stop just because you’re on holiday. So I didn’t….!

Right now I’m only going to post a few from Petra – which was just wow. You walk down the siq, which is like this long rock carved corridor, and then there, at the end is the famed Treasury – amazing. These first few are from the walk down to the siq, then in the siq and the first view of the Treasury (with another photographer in the way!!! He managed to carry a tripod so obviously didn’t have kids!) And, yes, the sky really was that blue – no photoshop magic – it was just divine. 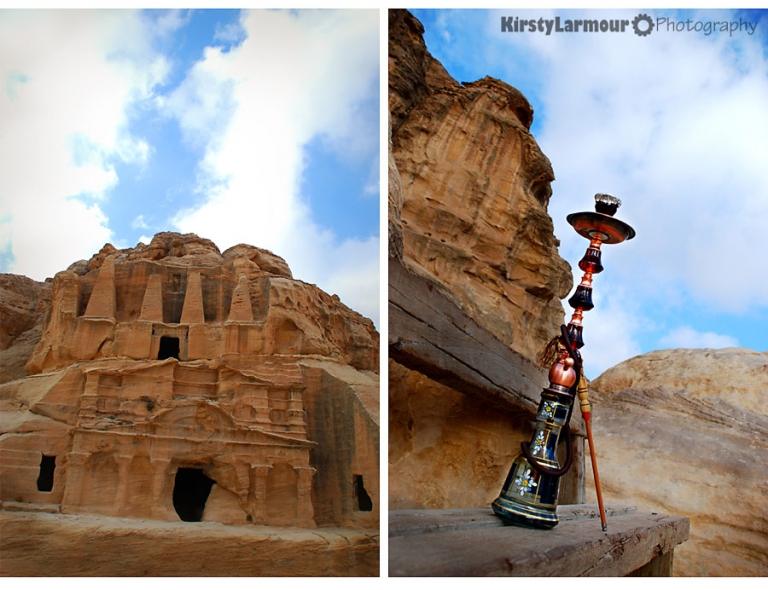 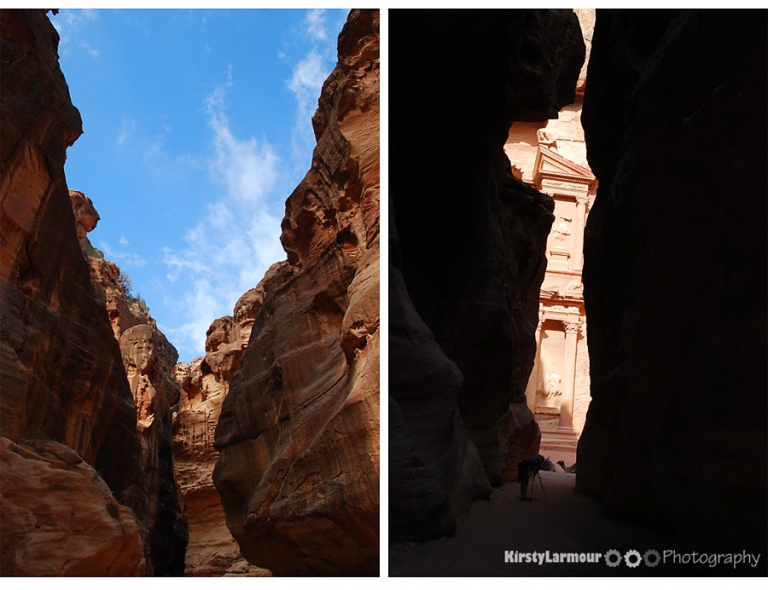 Round the back we saw this man and his camels coming towards us.  There were camels and horses and donkeys everywhere – which made a great “spot the animal” game for the kids!! 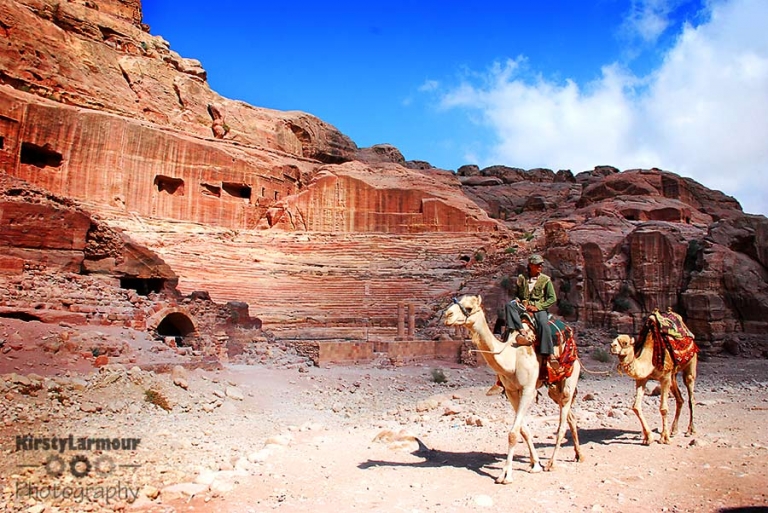 We then wandered up (following the donkeys) to the Royal Tombs. I loved the patterns on the ceilings of the tombs – very cool. 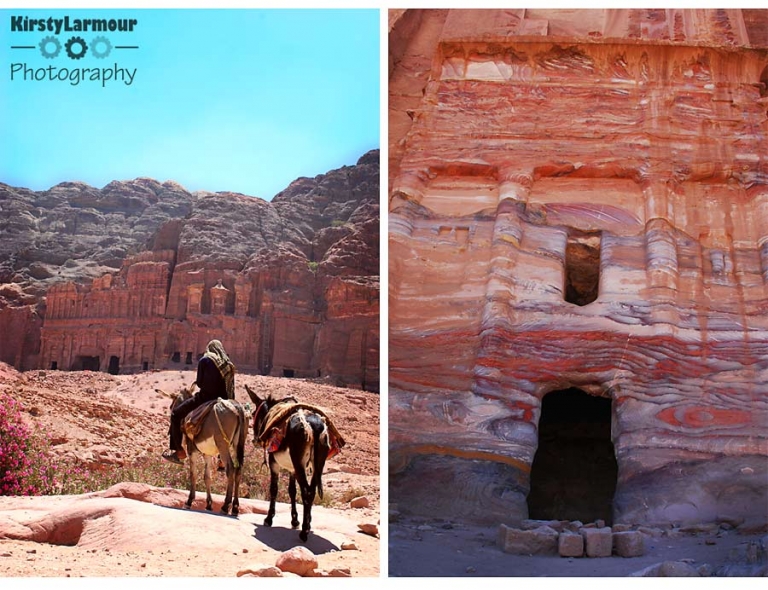 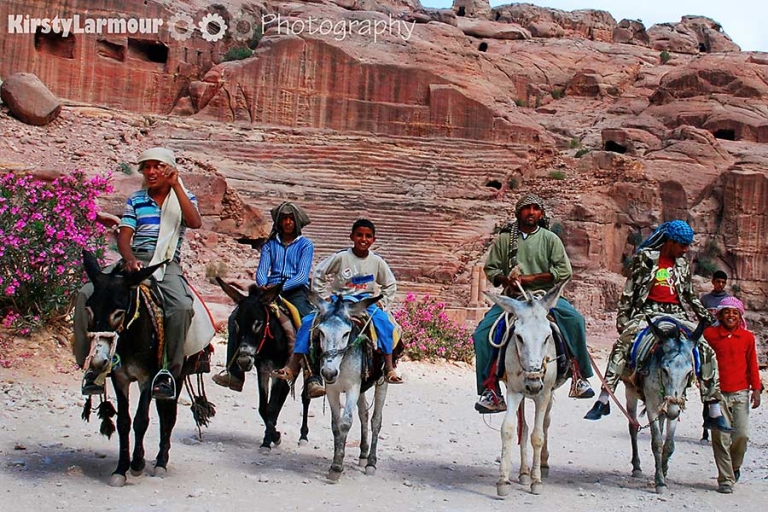 We got chatting to the owner of one of the cafes and whilst doing so he plied T and me with coffee and gave the kids toy camels – I have to say, the people in Jordan were some of the nicest I’ve met anywhere; so friendly and helpful and hospitable… 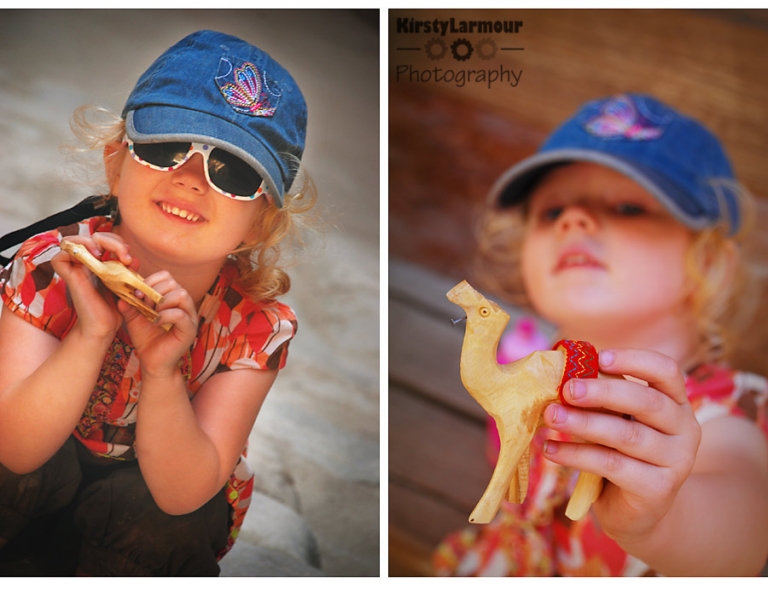 We were filthy by the time we got back!!! Saffy was a little trooper – she walked miles – check out the feet!! 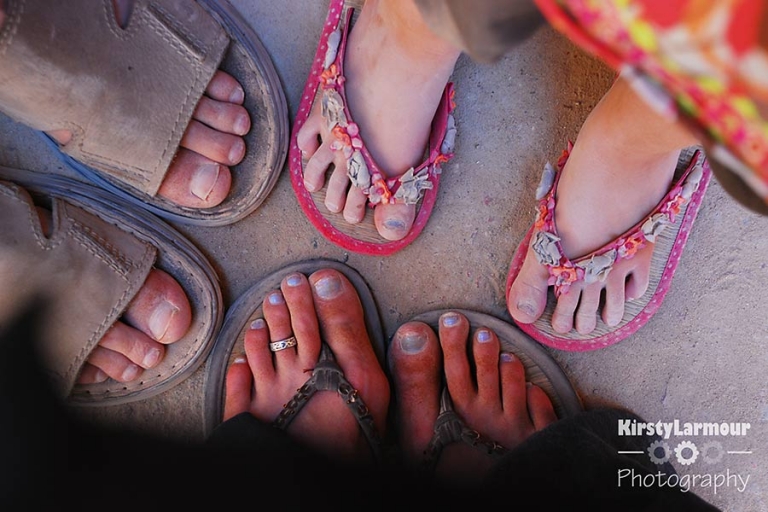 I went in to Petra 3 times altogether – including a night time walk by candlelight – sooooo atmospheric. Excuse the photos, (I needed a tripod cos these were 10 second exposures – it’s kinda  tough to hold a camera still for that long!!!) but flash photos just wouldn’t do the beauty of it any justice.

So the final time I went back in was late one afternoon, and there was no one around – WOWEEEEE – and what does a photographer Mummy do at a world famous site with no one but you and a few camels around? She makes her 16 month old perform for a photo shoot – work it Indy!!! (oh, and while on the subject of Indy – bearing in mind some of Indiana Jones was filmed at Petra, can you imagine how many times  the theme tune was hummed as we wandered around the ruins???) 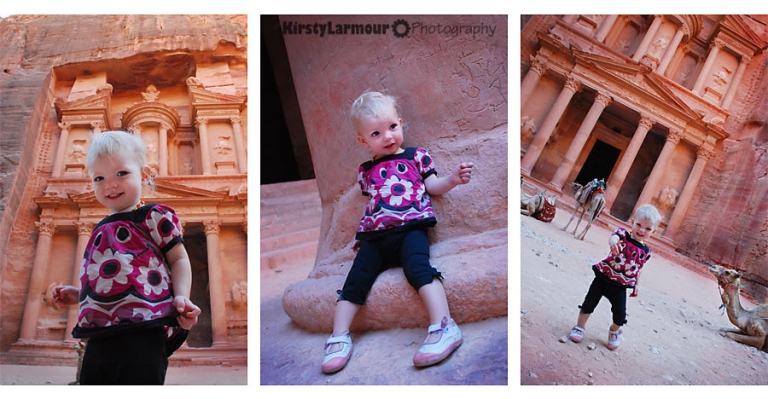 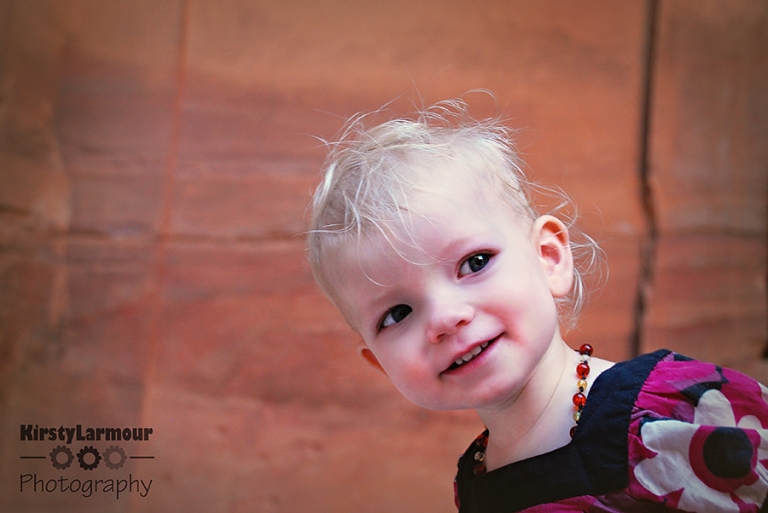 Hey Girls, this is MY shoot!!!

One last look at the Treasury in the late afternoon sun. 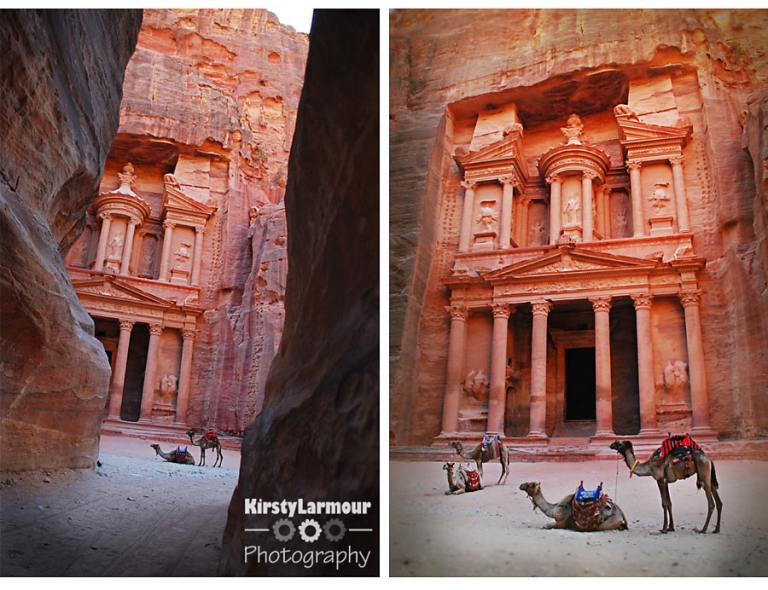 So, that’s our Petra trip – I’ll try and add a few more Jordan photos in a few days,

All the brass things shining! We are a group of

Both in the frame // silhouetted and illuminated

It’s nice to have another photographer in the fa

Rajasthani wall art is always worth stopping for :

Making lassi v making a picture // The power of

Lassi in the street, freshly made, with all the tr